ALASKAN Bush People’s Joshua ‘Bam Bam’ Brown has been hospitalized in a FATAL car crash, The Sun can exclusively reveal.  The


ALASKAN Bush People’s Joshua ‘Bam Bam’ Brown has been hospitalized in a FATAL car crash, The Sun can exclusively reveal.

The accident left one woman dead – though Washington state law enforcement has confirmed the reality star was not at fault for the tragic incident.

Washington state trooper Jeremy Weber told The Sun that Joshua, 37, of the Discovery series Alaskan Bush People, was involved in a fatal collision on Friday, May 20.

The victim who passed was a 24-year-old woman who was in the passenger seat of a black Chevrolet Camaro.

The TV star was driving his GMC northbound on the SR 97 freeway when the Camaro traveling southbound collided head-on with the GMC, officials shared.

“Joshua was not at fault for the crash,” the officer told The Sun. 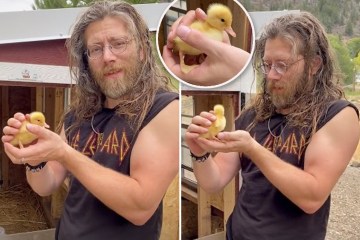 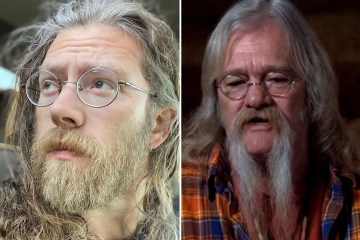 Officials said that the Camaro had crossed lanes and swerved over to the opposite side of the highway where Bam Bam was driving.

Bam Bam’s GMC swerved to avoid the black truck and fell into a ditch off the side of the road, law enforcement claimed.

Joshua was taken to the hospital where he was treated for minor injuries and has since been released, The Sun was told.

According to IFberOne local news outlet, the cars collided corners.


Katie Price breaks down in tears on a plane – but is all really as it seems?


Slimmer than ever Martine McCutcheon, 46, stuns in skinny cropped jeans

The other car had two passengers; driver Gabbriella Garcia Harrison, who “lost control and crossed the centerline into the opposite lane of travel.”

Gabriella was airlifted to Central Washington Hospital and her sole passenger tragically died.

The condition of Gabriella – the driver – is not currently known.

The local station added: “It’s unknown if drugs and alcohol were a factor.”

Joshua is the second-oldest brother of seven siblings on the popular reality show.

He originally left the popular reality series about the Alaskan wilderness in 2017 for romance.

Bam Bam is currently in a long-term relationship with Allison Kagan, who was the field producer of the Discovery Channel show for several seasons.

Although he took some time off the show, he returned in 2019 to his family’s Washington state ranch.

Bam Bam professed his love for the supervising producer on Alaskan Bush People, revealing — without mentioning her name — that he fell “head over heels” for the producer.

He suffered a fatal seizure inside the family’s Washington home.

Footage from the incident features members of the family shouting: “Wake up dad!“

Family members and crew working on Alaskan Bush People were on the scene when the seizure occurred – as The Sun previously reported, CPR was performed unsuccessfully.

In September, Joshua shared a rare selfie on Instagram, along with a message of gratitude for fans.

The 34-year-old wrote, in part: “When I was a kid, my Mom and Dad taught me that this world can be a dark place, and that it’s our job to shine light wherever we can.”

“They taught me that when it’s hard when you want to fall to the ground and cry when everything in you says give up, that is when you must keep going when you must have courage and faith.”

The TV star continued: “Da never cared about money or fame. What he did care about was family, faith, and freedom.

“Da once said that if our show made just one person smile, and brought light into just one persons’ life, even for just a moment, then it was worth all of it.”

He concluded: “To all the honorary members of The Wolf Pack, Thank you. Thank you for being a part of our family, and letting us be a part of yours. Thank you for your prayers, support, and the love you have all shown for my family. Never give up. Never surrender.”

Billy died at the $1.6 million property the Brown family owns on Palmer Mountain.

The property, which spans 436 acres, was purchased in 2018 – he left behind his widow Ami Brown along with his shocked family.

Bam Bam’s brother Bear, 34, was accused of causing a car crash in March – not related to this accident.

Bear was driving a red 2015 Jetta Volkswagen on March 25th when he ran through a stop sign and collided into a silver SUV, according to an incident report earlier exclusively obtained by The Sun.

The driver of the other car said the accident happened “so fast” that he “did not get a chance to press the breaks.” 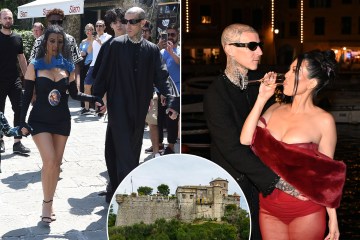 The report read: “He was complaining of neck/spinal pain, cuts on his arm and had a deformed left leg/ankle.”

Both Bam Bam and Bear’s brother Noah and the other driver were taken to the hospital for their injuries.

Bear was arrested on March 11, 2022 for domestic violence assault.

The reclusive ‘Bam Bam’ was hospitalized, as was the other driver – no statement from him has been shared[/caption]

For the latest news on this story keep checking back at Sun Online.