ANTIQUES Roadshow fans were stunned tonight as a beloved heirloom shared a “fascinating” link to a hit TV show. Viewers admitted the


ANTIQUES Roadshow fans were stunned tonight as a beloved heirloom shared a “fascinating” link to a hit TV show.

Viewers admitted they had never realised that Gray’s Anatomy was a textbook way before the ABC medical drama used the name.

Gray’s Anatomy is in fact one of the most famous textbooks in the English speaking world, and the book brought along was a first edition printed in 1858.

The show guest said: “Well my father got it, he started collecting every edition of Gray’s Anatomy because he edited the 34th edition by himself, and the 33rd and 32nd edition, which was the centenary edition with other editors.

“His background is Welsh farming stock I would say, and he emigrated to London, became a medical student, worked in the University of Cambridge for about 10 years and was then was appointed professor at St Thomas’.” 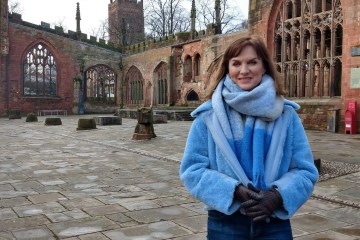 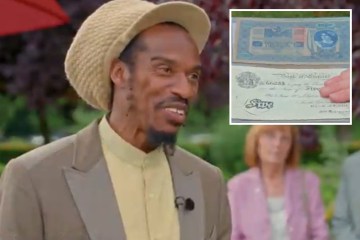 Antique’s Roadshow’s expert Fuchsia Voremberg examined the fragile text on the BBC One show and explained why it was such a find.

She said the author Henry Gray had taught anatomy at St George’s hospital in London, and while he was there he realised that there was a gap in the market for a “really good and affordable textbook” that would be useful for both students and surgeons.

And one of the advantages of Gray’s Anatomy was the incredible diagrams of the human body.

Fuchsia was taken aback by the piece and gave it an impressive valuation.

She said: “IN terms of value usually if someone calls up a second hand bookseller and says ‘I’ve got some old textbooks’ they’ll run a mile because the thing about textbooks is they cost a lot new and then they are immediately out of date.

“This is an exception to the rule. This copy with the association to your father to come up at auction I can see it with an estimation of £1500 to £2000.”

The guest admitted he wouldn’t be able to part with the book, replying: “That’s the valuable one for me.”

One said: “Never knew Gray’s Anatomy was an actual book!”

Another said: “Gray’s Anatomy books, fascinating… #AntiquesRoadshow what a valuation.”

A third underestimated its value, writing: “What’s the going value of a first edition of ‘Gray’s Anatomy’? Perhaps a grand?”

Loading...
Newer Post
I was ‘dead for 17 minutes’ when heart op went went wrong – docs wanted to turn off life support but I pulled through
Older Post
From ADHD concerns to Covid vaccine side effects, Dr Zoe Williams answers your health queries