BRITAIN’S Got Talent stars Bars and Melody look very different to the days when they appeared as angelic youngsters on the show.

The lads, now in their 20s, are still going as a rap and R&B act and have just released a new track called Dumb.

However, they are likely to be forever remembered for their anti-bullying song on the talent show.

These days Charlie Lenehan – known as Melody – is covered in tattoos, with inkings on his neck, arms and chest.

But he is as close as ever to co-star Leondre Devries – who is Bars – with the pair seen enjoying themselves in exotic locations all over the world.

Bars and Melody were first seen on the 2014 series of Britain’s Got Talent, getting shuttled into the semi-finals when Simon Cowell pressed his Golden Buzzer.

They made it to the final thanks to a performance of I’ll Be Missing You but lost out on the crown to Collabro.

Read more on Britain's Got Talent 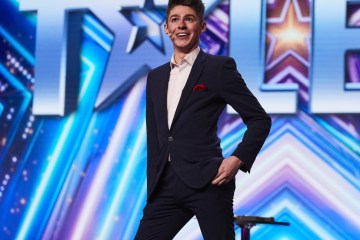 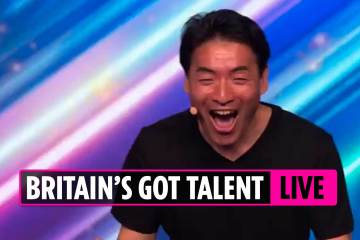 Touring Europe and Japan and appearing on America’s Got Talent: The Champions, the pair travelled the world.

But life after the talent show hasn’t all been plane sailing.

In 2016, Leondre’s father, Antonio Devries, filed a lawsuit against the duo alleging that Hopeful was his song, written about troubles he was having in his life.

He said that he was unhappy the pair moved away and that he was responsible for promoting Bars and Melody before they appeared on Britain’s Got Talent.


Ray Quinn unrecognisable after quitting fame to be a carpet fitter

A statement issued at the time from the duo read: “Bars and Melody are sorry to hear that legal action is being threatened and hope that it will be resolved quickly and amicably.”

There was more drama the following year when the duo were caught up in a terrifying gun scare after their manager was threatened with a gun.

The pair were taken to safety following the incident on a European tour in Germany, which took place outside a supermarket.

Manager Phil O’Neil revealed how the gunman claimed they were blocking the road with the tour van.

He said: “I have never come across a gun in 14 years of working and never had to deal with that situation.”

Writing on Twitter after the incident, Bars and Melody assured fans they were safe and well.

More recently, the pair went on tour in 2022, with gigs on their Stay Frosty tour taking place in Manchester and London.

Reflecting on their musical journey last year, the pair shared a video of their moment on BGT.

They wrote: “7 years today… Words cant explain the feelings towards this video. The moment that changed our life forever!

“Thank you for being by our side every step of the way. We have come to the end of the beginning. Our journeys just started. To another 70.”