Bournemouth boss Gary O’Neil lines up Steven Gerrard’s former assistant Neil Critchley as no.2 if he gets permanent role

GARY O’NEIL wants to make Neil Critchley his right-hand man if he gets the job at Bournemouth.

O’Neil is still hopeful that the new owner will let him carry on in charge of the Cherries as they fight for Premier League safety.

Gary O’Neil hopes to name Critchley as his assistant[/caption]

And the interim boss has lined up highly-rated coach Critchley as a new arrival should he get the job.

Ironically it was Critchley and O’Neil who were linked with the Luton vacancy and were rivals for that.

Instead they may end up working together.

Critchley is out of work after leaving Aston Villa where he was assistant to Steven Gerrard. 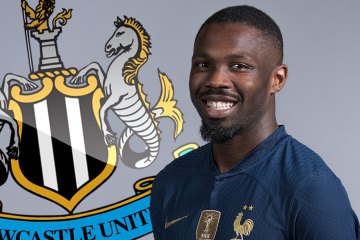 He was previously boss of Blackpool but may be tempted to stay as an assistant.

During his tenure at The Seasiders Critchley earned promotion to the Championship in his first full season.

They finished third in the regular season of League One in 2020/21, winning promotion via the play-offs.

He departed Blackpool last summer to become Gerrard’s new assistant after Michael Beale left the Liverpool legend’s side to take up the managerial position at Queen’s Park Rangers.

Meanwhile, O’Neil has seen Bournemouth rocket out of the relegation zone and up to 14th.

Upon replacing Scott Parker at the helm of the Cherries, he has picked up 16 points from a possible 36 – winning four and drawing four from 12 games.