I’M A Celebrity’s current crop of stars are proving it’s not all that easy to look glamorous in the jungle.

However, it can be done – just ask Carol Vorderman, who has been reminiscing on her time on the show.

The 61-year-old star, who has been covering the show for This Morning, is still referred to as the jungle’s “stunner” years later.

The former Countdown favourite, 61, appeared on I’m A Celeb back in 2016 – later explaining the show changed her life.

She posed on the beach before joining the show in a pristine white swimsuit with a see-through wrap around her waist.

She told reporters: “I am doing a lot more adventurous stuff and it’s the sense of adventure that I love about this show. It’s a very free time in my life.”

Carol reckoned she looked scruffy in the jungle – but viewers loved her looks, including this revealing swimsuit.

She told viewers on Instagram this month: “I swear I loved every single scruffy, outrageous, hilarious, wild, smokey second of it.”

One fan told her: “Carol you’re amazing, such a stunning example of how age is just a number.”

More on I'm A Celeb 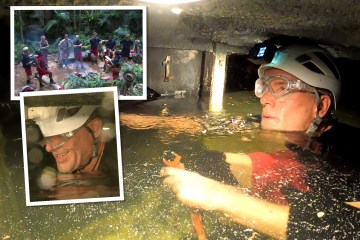 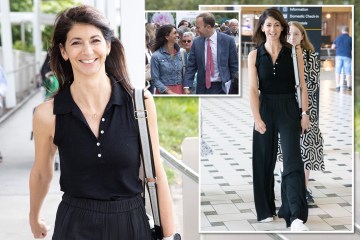 Carol wore a swimsuit and shorts in the I’m a Celebrity shower – saying there was “nowhere to hide” from cameras.

She told podcast In A Good Place: “It was of its time. That shows how society’s rules change.”

The TV star came eighth on the 2016 series, with Gogglebox star Scarlett Moffatt going on to win that year.

‘Sex noises’ on the show

Once out of the jungle, Carol’s performance was no less memorable – leaving Joe Swash red-faced on I’m A Celeb’s spin-off show.

She gave him a rendition of what it sounded like when she was having her first post-jungle shower.

He looked slightly uncomfortable as she clutched onto the chair and moaned, with one fan asking: “Why is Carol making sex noises on live TV?”