BAYERN MUNICH have reportedly added Ousmane Dembele to their list of summer transfer targets. Dembele, 24, is set to leave Barcelona on a free t

Dembele, 24, is set to leave Barcelona on a free transfer when his contract expires this summer.

Some of Europe’s biggest clubs have been linked with a potential swoop for the star, including PSG and Chelsea.

The Blues were planning to go all-out to sign the winger in the coming months, however, they now face some serious competition from Bayern Munich.

According to Sky Sports, the German giants are very interested in signing Dembele and have already made contact with his representatives.

Julian Nagelsmann is eager to sign a new forward who has the ability to make a difference in attack. 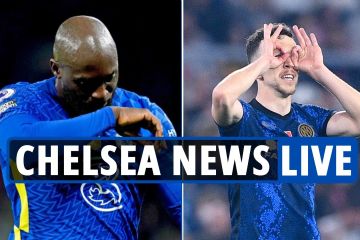 And with the imminent departure of Robert Lewandowski, reinforcements will be crucial.

He told Sky Germany: “I spoke with Lewa.

“In that discussion he informed me that he does not want to accept our offer to extend the contract and that he would like to leave the club.

Most read in Bundesliga


Thousands of households to get £150 free cash next week

“He said he wants to do something else. But our position has not changed.

While Bayern look to prioritise Dembele as an attacking replacement, Barcelona are now desperately scrambling to offer him a new deal.

Club chiefs want him to stay, but they have also told him to lower his demands.

Dembele is currently the fourth most expensive player in the world.

Barca paid £135.5m to sign him from Borussia Dortmund in 2017, but he failed to live up to expectations.