The mixed martial arts legend hasn’t been tested by the United States Anti-Doping agency since the fallout of his trilogy fight with Dustin Poirier last July.

McGregor, 34, has undergone a dramatic body transformation during his hiatus[/caption]

McGregor, 34, recently left USADA’s testing pool – meaning he’d have to re-enrol for a minimum of six months before being eligible to compete again.

But The Notorious is seemingly planning to make use of the power the UFC have to grant an exemption to the rule to make a spectacular return early next year.

“I will complete my two tests per USADA & we are booking a fight.” 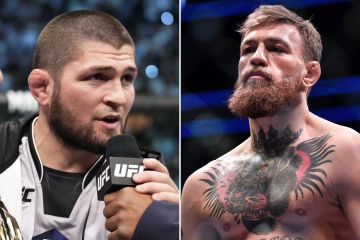 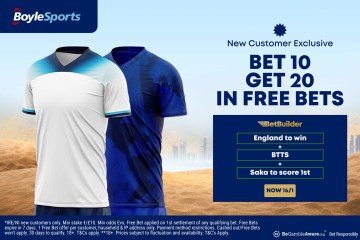 BoyleSports: Get £20 in FREE BETS plus amazing England vs USA price boost!

Per the UFC and USADA’s joint policy, the promotion can grant an exemption to the six-month testing pool requirement in “exceptional circumstances or where the strict application of that rule would be manifestly unfair to the athlete.”

McGregor, however, will have to provide two negative drug tests in order for the testing period to be waived and to fight early next year.

In the summer of 2016, the UFC waived a then four-month testing pool requirement in order for Brock Lesnar to return to the octagon at UFC 200.

WWE superstar Lesnar went on to defeat Mark Hunt via unanimous decision, although he subsequently tested positive for two banned substances – Clomiphene and Letrozole – and the result was overturned to a No Contest.

McGregor, 34, hasn’t fought since breaking his leg in his rubber match with Poirier and has undergone a dramatic body transformation during his octagon hiatus.

And the former two-division champion is hoping to return to the cage before the end of the first quarter of 2023.

During a recent Instagram Q&A, the Irishman said: “I’m going to be back soon, hopefully.

The Irishman is itching to get back inside the octagon[/caption]

“Early 2023 I’m aiming for. Sometime in that first quarter. That will give me a good couple of months [to prepare].

“Once I wrap this up in a couple of days, get the camp going [for] a good couple of months. And get going.”

McGregor is in the final stages of recovering from the debilitating injury and is champing at the bit to get back to his first love.

Along with a picture of him landing a left hand on Poirier in their trilogy bout, he tweeted: “Final shot before bracing on the break.

“All me. Excited to return and prove my support correct! Marathon not a sprint.”