MORE than 100 cyber crooks have been arrested in Britain’s biggest-ever anti-fraud sting.

A suspected mastermind who ran a website called iSpoof used by fraudsters around the world was among those held in the police operation.

More than 200,000 potential victims in this country alone have been directly targeted through the fraud website[/caption]

The cockney is said to have made £3.2 million from iSpoof before it was shut down following an international police investigation.

At least 20,000 victims were fleeced for at least £48 million across the world by posing as bank officials – but the true figure is likely to be even higher.

Villains tricked account holders into disclosing confidential details by claiming they were being targeted by fraudsters.

Dad reveals agony after daughters, 1 and 3, killed in horror fire with mum 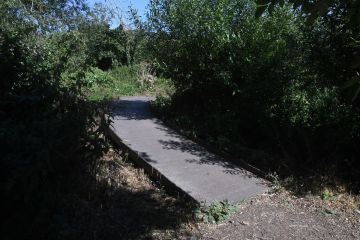 The crooks had sophisticated software bought from ispoof which made it appear the conmen were ringing from a legitimate bank.

Criminals using iSpoof had already gleaned information about potential victims and their accounts from elsewhere on the dark web.

Victims have lost an average of £10,000 but one Briton was tricked out of £3 million.

Police have made more than 120 arrests in Britain over the past weeks, mostly in London.

Suspects have also been detained in Holland, Australia, France and Ireland. Further arrests are expected.

At one point as many as 20 victims every minute were being targeted by fraudsters using technology bought from iSpoof which was created in December 2020 and at its peak had 59,000 users.

Police described the website as an “online fraud shop” which turned ordinary crooks into cyber criminals.

Scotland Yard launched an investigation into iSpoof in June last year and later discovered police in Holland were also probing the site.

The two forces teamed up with the FBI and other agencies, including the authorities in war-torn Ukraine.

It was shut down in September while it was using a server in Kyiv.

Police say 10 million fraudulent calls were made using iSpoof technology, 40 percent in the United States and 35 percent in Britain.

The rest were spread across a number of countries.

Criminals bought software using the crypto-currency Bitcoin and were charged between £150 and £5,000.

Sir Mark said: “This is the biggest fraud operation in this country and it signals a different approach.

“This is about starting from the organised criminals that drive and create this fraud.

“What we are doing here is trying to industrialise our response to the organised criminals.”

Fletcher is alleged to be a member of an organised crime group and enjoyed a “lavish” lifestyle.