Drivers warned over World Cup car decorations that could see them hit with a £2,500 fine

DRIVERS are being warned that getting in the World Cup spirit with car decoration could see them hit with costly fines.

Motorists are often seen driving with flags and banners on their cars during World Cup time, but need to be careful with their choices.

The people at Scrap Car Comparison are warning drivers that decorating cars with flags, bunting, stickers or other ornaments, could actually get themselves in trouble with the law if not placed on the vehicle correctly.

Rule 30 of the Road Vehicles (Construction and Use) Regulations 1986 states that the driver must, at all times, ‘have a full view of the road and traffic ahead of the motor vehicle.’

Any obstructions in the front or rear windows could result in a £100 on-the-spot fine, plus up to another £1,000 and three points on your licence.

Any decorations that fall off into the path of another moving vehicle could also result in drivers being found to be driving without due consideration for other road users.

Most read in Motors

ON THE WRONG FOOT


These are the cars most likely to fail the MOT test – is your car on the list?


The £1.2million caravan with two ensuite bedrooms and its own wine collection

This can carry on-the-spot fines of £100 and three penalty points, rising to up to £2,500 and disqualification in serious cases.

But that’s not all – adding decorations to a car without informing insurance providers could also leave drivers uninsured.

Dan Gick, managing director of Scrap Car Comparison said: “Although adding flags or stickers to your vehicle can seem like harmless fun, the consequences of any mis-managed decorations can potentially be incredibly severe.

“Both in terms of fines and points, but also physically in the event of a collision. 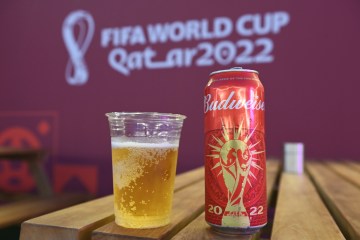 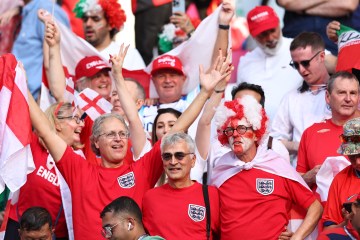 “We wouldn’t want people to miss out on the fun or put them off celebrating the best way they know how, but we would encourage reading the guidance around car decorations to ensure they are used safely.”

Drivers are advised not to place decorations near the front or rear of the vehicle, to fasten decorations securely and think about the size of the decoration they’re applying.

It’s also worth double checking with your insurance that you’ll be covered before heading out.

Share
Facebook
Twitter
Pinterest
WhatsApp
Previous article
I’m a size 18 and in my 40s but still wear miniskirts – nothing makes me more angry than people saying I can’t
Next article
Our lucrative caravan side hustle makes £60,000 a year – here’s how we did it
RELATED ARTICLES
Tv & Show