HEARTBROKEN ITV World Cup pundit Nadia Nadim has paid tribute to her late mother after she was tragically knocked down and killed by a digger.

The Afghan-born Danish international, 34, who is working as a pundit for ITV in Qatar, was forced to leave the studio suddenly during Wednesday’s World Cup clash between Denmark and Tunisia.

She paid tribute to her mum, Hamida, right, who was killed after a digger drove into her[/caption]

Nadia, a former refugee, was part of the broadcaster’s coverage during the goalless draw but was no longer in the studio after the match.

ITV confirmed she had left the studio early but didn’t give an explanation as to why she had been rushed away.

She later revealed the reason for her absence on her Instagram, as she paid tribute to her mother Hamida Nadim, 57, describing her as “the most important person” in her life.

Nadia and her mother were forced to flee Afghanistan when she was just 11 following three years in hiding after her Army general father was murdered by the Taliban. 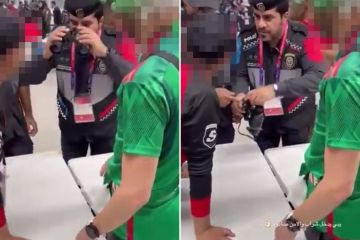 SEE WHAT HE DID? 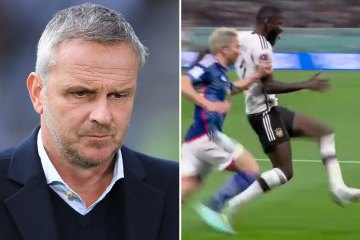 Taking to Instagram, the former Manchester City and Paris Saint Germain forward wrote: “Tuesday morning my Mother was killed by a truck. She was on her way back from the gym.

“Words can not describe what I’m feeling. I have lost the most important person in my life and it happened so sudden and unexpected.”

She went on: “She was only 57. She was a warrior who had fought for every inch of her life. She didn’t give me life once but twice, and everything I/ we are is because of her.

“I have lost my home and I know nothing’s gonna ever feel the same. Life is unfair and I don’t understand why her and why this way. I love you and I will see you again.”

She added: “Her funeral is gonna be soon, (more information to follow). Please come and show her the love, respect and prayers she deserves.”

Southeast Jutland Police said that the 57-year-old was hit by a so-called wheel-digger from behind near her home in the town of Uldum, around 120 miles west of the Danish capital Copenhagen.

The driver of the digger failed to see Hamida as she was walking alongside the road back home from the gym.

Police report that the driver swerved to avoid an oncoming lorry on the narrow country lane, and crashed into the mum-of-five.

“A driver had overlooked the woman, who was walking out on the side of the road,” duty manager Torben Wind told Danish publication Horsens Folkeblad.

“An oncoming lorry came towards the driver, and it was a bit narrow, which is why the driver ended up driving into the woman.”

Hamida had moved to the small village of Uldum in 2018 after Nadia and her sister Giti helped buy her a house as a thank-you for her support for their family.

Helle Thorning-Schmidt, the former prime minister of Denmark, wrote: “Oh Nadia. Words cannot describe how tragic this is. Thoughts for you guys. Still remember when I met your strong wonderful mum.”

And Netherlands and Lyon player Danielle van de Donk commented: “Sending all my love and strength.”

Nadia, who is among Denmark’s greatest-ever female footballers, was previously named Dane of the Year.