A WOMAN has been left horrified after finding what appeared to be discharge on an outfit she’d ordered from Pretty Little Thing. Seraphin

Golden tips for older travellers, from finding affordable insurance to sorting airport parking
Alison Hammond bids for Big Brother hosting gig on revived series after first finding fame as contestant
Heartbroken cop screamed ‘this is my son’ after finding 20-year-old fatally shot in the head while responding to a call


A WOMAN has been left horrified after finding what appeared to be discharge on an outfit she’d ordered from Pretty Little Thing.

Seraphina took to TikTok to document the arrival of the black jumpsuit and what she’d seen on the crotch area.

“I just ordered from Pretty Little Thing and this came to me this morning,” she said.

“Tell me why there’s discharge.

“Discharge from Pretty Little Thing, into my outfit that I’m supposed to be wearing today.” 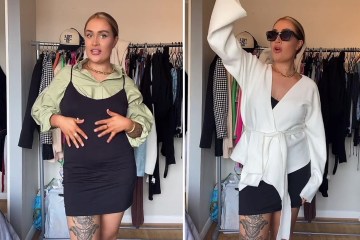 I’m midsize and this perfect £3.50 Primark dress looks good with EVERYTHING 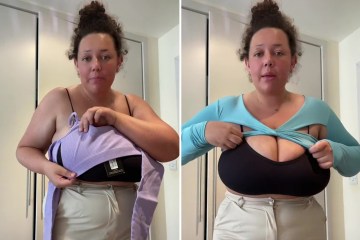 She added she’d been waiting for the outfit to arrive as she had “to be somewhere as well”.

“That’s disgusting – you guys need to sort yourself out,” she concluded.

“Look at that, man – that’s nasty. That is disgusting.”

While she quickly received numerous comments on the video, she ended up turning the comments off.

MEGGING A MESS OF IT

She hit back at those accusing her of wearing the jumpsuit herself in another video, before sharing a text exchange from Pretty Little Thing in which a company representative said: “Hi Seraphina.

“We’re so sorry to hear about your order. Please can you confirm your order number and we’ll look into this urgently.”

She ended up going into her local town to get an alternative outfit for the night out, and shared a selection of pictures from the evening as she wrote: “So happy!!!

“Should have just gone to town in the first place for an outfit. My night was good!”