ONLY two years ago, America’s beloved Today Show weatherman announced he had an aggressive form of prostate cancer.

Unfortunately, his battle with the disease has not been an easy one.

How is Al Roker doing?

In fact, many Today fans have noticed his absence from the show these past two weeks.

As questions of his whereabouts grew, Roker made an Instagram post confirming he has been in the hospital receiving treatment for blood clots.

Paired with a photo of a bouquet of flowers, he wrote: “So many of you have been thoughtfully asking where I’ve been.

“Last week, I was admitted to the hospital with a blood clot in my leg, which sent some clots into my lungs.”

However, blood clots are not uncommon for cancer patients as they are considered four times more likely to develop a blood clot event than individuals without cancer, according to Hematology Oncology.

People with prostate cancer are even more likely to have a blood clot than people with other cancers.

What has AI Roker said about his health status?

Today fans have no reason to worry as Roker seems to be in good spirits.

In his Instagram post, he also wrote that he has been “fortunate to be getting terrific medical care and is on the way to recovery.”


Gemma Collins shows off 'real' hair beneath extensions amid transformation

Who is Al Roker’s support system?

As Roker battles his cancer and its side effects, he has been depending on his wife and family.

He is the proud father of three children, Courtney, Leila, and Nicholas.

Courtney is Roker’s daughter from his previous marriage to Alice Bell, while he shares Leila and Nicholas with Deborah Roberts.

Courtney, 35, is married and spends her day as a successful chef running her own catering business. 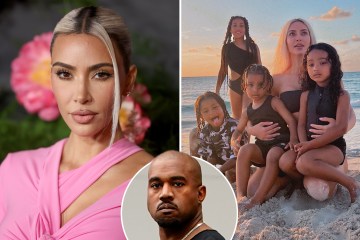 Leila, 24, followed in the footsteps of her father craving a career in the media as she is currently a journalist based out of Paris.

Finally, Nicholas, 17, is attending school and looking forward to university.