How much prize money will Lewis Hamilton win if he clinches F1 world title?

LEWIS HAMILTON stands on the brink of F1 greatness this weekend as he takes on Max Verstappen in the final race of the season. Hamilton and his


LEWIS HAMILTON stands on the brink of F1 greatness this weekend as he takes on Max Verstappen in the final race of the season.

Hamilton and his Dutch rival are tied on 369.5 points at the top of the standings ahead of their last duel in Abu Dhabi. 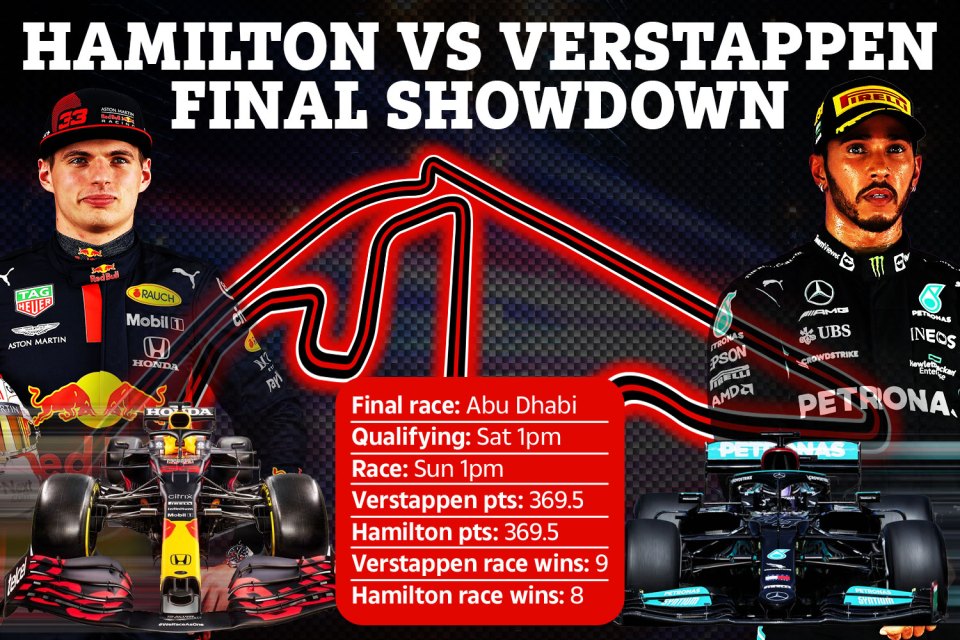 LATEST IN SUN BINGO AND VEGAS

Verstappen can win his first ever title at the age of 24, while Hamilton is gunning to win an historic EIGHTH championship.

It’s been a long, frantic season, but finally the 2021 season’s champion will come to the forefront on Sunday.

And if Hamilton wins, he’s set to get a hefty bonus.

How much money will Lewis Hamilton receive if he wins the F1 title?

While Hamilton won’t receive a fee from F1, his ‘prize money’, so to speak, will come from his constructors Mercedes.

It’s Mercedes who pay Hamilton a bumper £40m-a-year and it’ll be them paying up if their man is victorious on Sunday.

Hamilton is already one of the richest sportsmen in the world, with an estimated net worth of £244million, according to Forbes.

And a win at the Yas Marina circuit in Abu Dhabi would trigger a cool £4m bonus for the 36-year-old.

A Hamilton win would also release an eye-watering £17.5m in bonus money to be paid among Mercedes staff working at their Brackley HQ

Verstappen is paid roughly £18.5m-a-year by Red Bull and will also likely receive a big bonus if he wins on Sunday.

The racing stud has been leading for the majority of this season’s title race but Hamilton has clawed back the points, winning his last three races.

A fourth win in a row would give him his eighth title, one more than current record-holder and F1 legend Michael Schumacher.

Most read in Motorsport


Updates as Lewis Hamilton LEADS after FP2, Verstappen in FOURTH

WIFE IN THE FAST LANE


All the TV, live stream info and track times as title race goes down to wire