A MUM who gave birth in a Burger King car park has said that she still preferred it to a hospital. Tiana Keane, 24, and her partner Josh Armstro


A MUM who gave birth in a Burger King car park has said that she still preferred it to a hospital.

Tiana Keane, 24, and her partner Josh Armstrong, 28, welcomed their baby boy Reid in the parking lot of the fast food burger chain which is known as “Hungry Jacks” in Australia.

The administrator had planned to welcome her second child in a water birth at her local family birth centre but was in for a shock.

On the way to the hospital, Tiana said she could feel her baby’s head starting to emerge and her body began to push – so they made a detour to their local Hungry Jacks car park.

Tiana said: “At 6:50pm my water broke and it was absolute chaos from there. I jumped in the shower, but contractions were coming on really strong, so I said to josh ‘We have to go, my body feels like it needs to push.’

“When we were driving, I was questioning myself because I felt like his head was on its way out, I had this really strong urge. 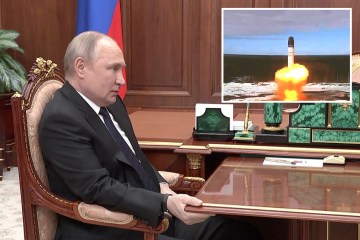 “I sort of felt like my body was starting to push and I was terrified. I thought I was going to have to birth this baby on the side of the road.

“I was freaking out but then I thought I was just being dramatic. Then all of my thoughts and feelings went out the window and I was just focused on getting him out, I just had to push him out.

“It’s just like my body went into shock and there was adrenaline running through me and I just had to get him out.

“We only live two minutes away from Hungry Jacks and we were only a minute up the road when I told Josh to pull over.

“He pulled up to Hungry Jacks, I threw myself into the backseat and my legs were up on the dash, I started to push, and he came out in two pushes.”

Tiana has said that she would prefer a Hungry Jack’s birth any day after experiencing a difficult birth with her first-born Ace who is now two.

She said: “I would take this birth over my first birth every day. I would do it again.

“This birth was more painful than my previous experience with Ace. But I much preferred it. It was quick and straightforward compared to the birth with Ace as I had a lot of complications.

“They were two opposite births, and i’d prefer to give birth at a fast food chain any day.

“If I were to have another baby I would do it this way again because it was quick and it was straightforward.”

She said: “Reid is perfect, he’s gaining weight, eating like a champ and sleeping really well.

“Once we got to the birth centre, we were there for only three hours and home by 1:00am. I delivered the placenta, they weighed him and did all our checks, and we were off.

“I’m going to be telling this story for a very long time, for the rest of his life and will not let him forget it.

“I did say we would throw his first birthday party at Hungry Jacks. The workers came out and asked if they could assist us at all.

“They reached out afterwards and sent us a hamper for the baby with a teddy, chocolate and bath bits.

“Me and my partner actually met working at KFC, and now we’ve got a baby that was born at Hungry Jacks, so we need a big event to happen at McDonald’s.

“Our life is just based around fast food at this point.”