HomeTv & ShowI got my eyebrows tattooed but hated it, they looked like slugs...
Tv & Show

I got my eyebrows tattooed but hated it, they looked like slugs & after five removal sessions they still won’t budge

ONE WOMAN has vowed to love her thin eyebrows after she tried to correct them with ‘botched’ eyebrow tattoos.

She shared that she hated how dark they were so tried to get them removed – but after five sessions they still look like ‘botched slugs’.

In a TikTok video, the woman who goes by Cooter Cowgirl revealed that she would never recommend getting your eyebrows tattooed after her failed attempt.

She posted the viral video with the caption: “I will never recommend getting eyebrow tattoos this is a hill I’ll die on.”

In the short clip, she showed how her eyebrows looked after a tattoo removal session and it’s not for the faint-hearted.

Her eyebrows are red, raw, and scabby after the treatment. 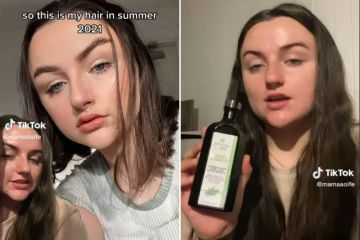 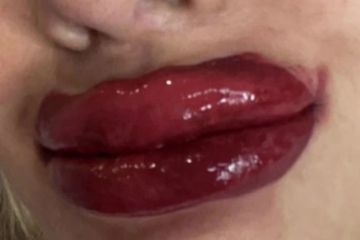 She wrote over the picture: “When someone talks about eyebrow tattoos when I’ve had mine removed five times and can’t get rid of the botched slugs.”

The video has been viewed over 350k times and people were stunned by how they looked.

One person asked the woman for a ‘storytime’ on her eyebrows and she revealed all.

In another video, she revealed she hated the tattoos as soon as she got them as they were far too dark for her liking.


I’m a size 18 and feel like a princess in dream Xmas dress, it’s so flattering


Find the error in this number puzzle – how long did it take you to spot it?

To make matters worse, she went out the same night and knocked her front tooth out – not ideal.

She added: “As you can see they’re freaking dark and bold which I was really not happy about.

Although the brows did end up fading, she ended up with a bare patch in her arch and was still thicker and darker than she wanted.

The woman revealed she even dyed her hair brown to try and get her brows to match but was still unhappy so decided to get them removed.

She went on to explain: “And then you’ve got these bloody scabs for two weeks after.”

In total, she had five saline tattoo removal sessions over the course of 18 months.

The woman then showed what they looked like now, and although there is still some colouring she said it was okay as she can cover them with concealer.

She captioned the post: “Do what u want, I’m all for body modifications but I wish I just learnt to love my thin short brows.”

Viewers were stunned by the ordeal and shared their thoughts in the comments section.

One wrote: “I’m so sorry you went through all that pain!!! your natural brows are so beautiful now.”

Another person commented: “I went through the exactttttt same thing.”

A third added: “wow that’s impressive how well they came off after the saline, no more stress.”