A GLAM Serbian football fan has shared the list of players she believes will fire her country to World Cup glory ahead of their crunch group match against Cameroon.

The Serbs sit bottom of Group G following their 2-0 defeat to Brazil, but stunning brunette Jelena Stojadinovic hasn’t given up her hopes for the Eastern European nation.

Posting on her Tiktok, the Serbian-born beauty, who lives in Trieste, Italy, posed in a purple figure-hugging dress with the letters of her first name superimposed vertically on the screen.

She then used each letter to make up the name of six players she thinks will make all the difference.

The first is Luka Jovic, the 24-year-old striker who plays for Fiorentina in Italy.

She then shared a picture of Nemanja Radonjic, who plays as a winger for Serie A side Torino. 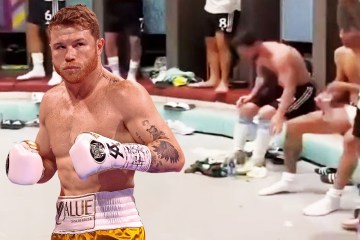 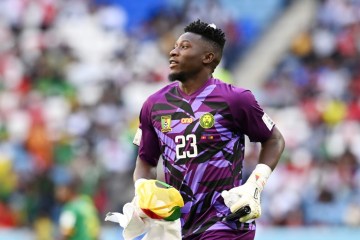 Next up was Filip Kostic, 30, who plays for Juventus but missed Serbia’s opening World Cup game.

Her fourth pick was Fulham striker Aleksandar Mitrovic, who broke the all-time second-tier goal record last season with a remarkable 43 goals in 46 games.

The fifth player Jelena highlighted was Dusan Vlahovic, the highly-rated 22-year-old striker who plays alongside his countryman Kostic for Juventus.

Finally, she selected Dusan Tadic, 34, Serbia’s captain and veteran midfielder who plays for Ajax and has racked up a total of 92 international caps.

Jelena has shared a number of posts cheering on her national team in the run-up to the World Cup.

She recently shared a clip of herself wearing a red Serbian shirt and blue card, while dancing and lip-syncing along to music.

In another clip, she lip-synced to a song while draped in the Serbian flag.

She hopes it will be enough to get her team over the line for Monday morning’s clash with Cameroon, which kicks off at 10am GMT.

Defeat to the West African side would leave Serbia on the brink of elimination ahead of a tricky final group clash with Switzerland, who face Brazil at 4pm today.

Although there has been very little trouble at this World Cup, Serbian fans have a fearsome reputation.

Serbian Ultras have been known to storm the opposition terraces and even physically attack players on the pitch.

Serbian fans cheer on their team ahead of the game[/caption]