KATIE Price gushed about how proud she is of her son Junior as he released his debut single – but appeared to skip his launch party last night.

Peter Andre reveals what he bought Princess for her 15th birthday – after gifting son Junior £25k car
Junior Andre says he’s so proud as big brother Harvey takes Katie Price’s mum for a walk – with her oxygen tank
Junior Bake Off on Channel 4: How do I apply?


KATIE Price gushed about how proud she is of her son Junior as he released his debut single – but appeared to skip his launch party last night.

The 44-year-old shared a clip taken by her sister Sophie at the bash and told her fans: “So proud of my son.”

Sophie posted a series of videos and snaps, including one with her partner Harry and Princess.

Katie appeared to be spending the night at home with her kids Bunny and Jett, who she shares with ex Kieran Hayler.

Junior’s dad Pete was on hand to celebrate the big night with him after helping him secure his first record deal. 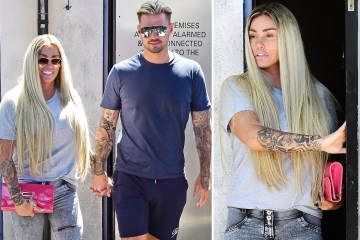 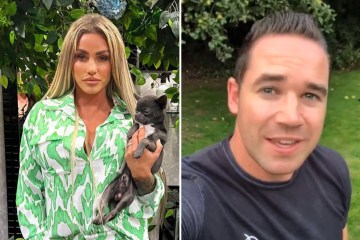 Following his performance of the track Slide, Pete shared a snap of them hugging off stage and declared he was “born to do it”.

He added: “You have no idea how proud I am of you tonight son.”

Princess also shared videos of him performing and revealed she too was “so proud”.

Slide is set to be released on Friday and Junior has already built up a huge fan base and has gone viral with the track on TikTok.

The teen has been busy in the studio ever since signing to the same record label as US chart sensation Lil Nas X last year.

He inked a mega-deal with Columbia Records and thanked his pop star dad for kickstarting his career.

Aussie Peter, who also signed his first record contract when he was 16,  admitted his fears over Junior venturing into music.

He previously said: “This is a way of life and it’s going to be a lot of work for him and he’s so excited.

“I’m proud but I’m also a little bit scared as I guess anyone would be.”

Katie was at home with Bunny and Jett[/caption]

Junior performed for the crowd[/caption]

Do you have a story for The Sun Showbiz team?

We pay for videos too. Click here to upload yours.