KERRY Katona looked happy in a rare snap with her youngest child Dylan George in her latest social media post.

The former Atomic Kitten singer, 41, shared an adorable photo on Instagram as she enjoyed a trip to the cinema with her youngest child.

Kerry rarely posts snaps with Dylan, so fans were thrilled to see a selfie with them both[/caption]

Kerry beamed at the camera in the selfie with her youngest, Dylan George, while they were enjoying their movie day out.

Fans were thrilled to see the rare snap of Kerry and her youngest daughter who she doesn’t frequently post on her social media.

Taking to the comments, one wrote: “Enjoy you deserve it babe. Love you all.” 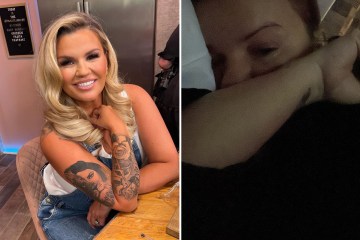 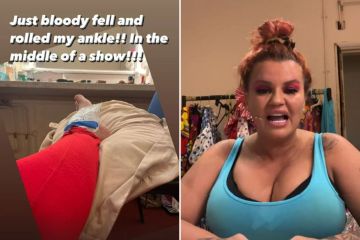 Another added: “Have a great time you deserve it after all your hard work.”

A third commented: “You both look fab, enjoy yourselves!”

A fourth penned: “So lovely to see the both of you enjoying yourselves, have a lovely time.”

Five years later he tragically died from a drug overdose.

Former Rugby League star George passed away at 39 and Kerry admitted that she had a “nervous breakdown” following his death.

But she revealed she has been trying to keep the memories of ex George alive for her daughter Dylan-Jorge.