The 27-year-old was painted as a Killer Whale as part of the photocall that took place in central London earlier today.

The reality favourite stripped for a very important cause[/caption]

Animal lover Faye, who shot to fame on the ITV2 dating show last year, has already shown her support for the charity earlier this year.

But today she stripped down to just body paint to make an important point.

Taking to Instagram, Faye told her 1.2m followers: “So today I went way beyond my comfort zone in the centre of London for my second campaign with @petauk to ask @jet2pics to stop selling tickets to abusement parks. 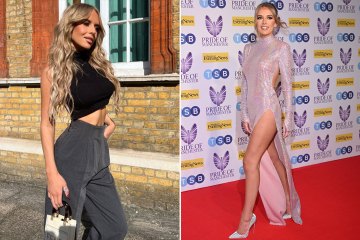 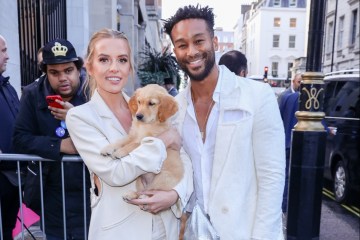 “Orcas living in tanks that would be equivalent to us living in baths!

“I always wanted to be apart of important movements and believe all beautiful creatures deserve lives free from torture like the sealife that currently live in Loro Parque in Tenerife (one example) where @jet2pics still sell excursion to!

“These parks cannot exists if we cut the profit so please I urge you not to buy tickets and hopefully these animal can be offered lives in sanctuaries that already give a safe haven to these stunning souls!

“3 orcas have already died in the last 18 month at the Loro Parque in Tenerife, how many more before we take a stand?

“I ask you to comment on @jet2pics pictures and hopefully they will make the same steps as @british_airways @airbnb and @expedia by not selling tickets!”

Many rushed to the comments section to praise the star.

Boyfriend Teddy Soares wrote: “I’m so proud of you my love

The star proudly posed for pictures in Picadilly Circus[/caption]