MasterChef Professionals 2022 line-up: Who is taking part in the BBC competition?

MASTERCHEF: The Professionals has returned to BBC One.

The cooking show sees pro chefs go head to head in the hopes of impressing the judges.

MasterChef: The Professionals is back on TV[/caption]

Who are the contestants on MasterChef: The Professionals?

MasterChef: The Professionals sees the contestants whittled down to just eight over the course of several heats.

The surviving Chefs will then face a series of guest judges and even be challenged with opening their own pop-up restaurants.

Eventually, just one talented cook will be crowned the winner

Theres Andersson is a sous chef at Ekstedt at the Yard, which is a Scandinavian restaurant headed by Niklas Ekstedt. 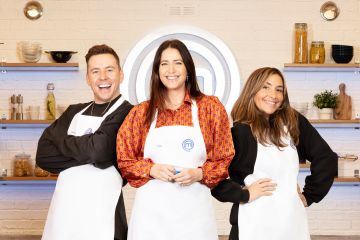 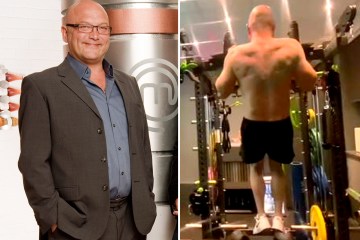 In a separate post she said: “I am so happy and grateful for all the lovely words and pushing comments have blown over me here on social media.

“From 2nd of November you can start watching MasterChef professional Uk at BBC One and BBC iPlayer.”

William Rocks is a chef patron at Tigh an Truish, in Oban.

He has been working their since April 2021, and helped them earn a second AA rossette and five star status.

The restaurant announced on their Facebook page that William was taking part in MasterChef, with a statement that read: “The Tigh An Truish is so pleased to inform everyone that we have our very own superstar mega celebrity head chef William Rocks taking part in this years Masterchef the Professionals which will air on BBC One and BBC iPlayer.”

Before he started working at the hotel, he was previously worked as a junior sous chef at Portmeirion and the five star Palé Hall Hotel.

Charlie Jeffreys is the senior chef De Partie at the Alain Ducasse at The Dorchester.

He previously worked at Yalbury Cottage and cites his previous chef Jamie Jones and Jean Philippe Blondet as role models.

Speaking about his culinary role models, he told the BBC: “I have two strong professional role models and that’s Jamie Jones my last chef and Jean Philippe Blondet my current chef.

“Personal life is all my family. I think every single one of them gives me drive and love that makes me who I am.”

Sagar Massey is part of the MasterChef: the Professionals 2022 line-up[/caption]

Sagar Massey is the senior sous chef at the Marine & Lawn hotel in Troon.

Speaking about the best thing about being a chef he told the BBC: “It’s that you get to cook whatever you like and create your own dishes.

“Worst thing is the long hours and hardly see your family.”

Cucina Di Vincenzo opened in 2016 on Woolton Road in Liverpool and has since won a number of accolades from The Italian Awards.

Gabriella has also earned a significant following after she started curating a series of YouTube recipes and cooking tutorials on her channel, Gabriella’s Kitchen.

Nathan Booth is a pro chef[/caption]

Nathan Booth is the Head chef at Liverpool’s Panoramic.

Before starting this, he was previously head chef at Kelp, having also worked for the likes of Six by Nico, Thornton Hall, Roski, Wreckfish, and The Art School.

Tasoula Gramozi is a sous chef at Charlotte Street Hotel.

She previously worked at Bibendum, Kol, and The Samling Hotel.

Speaking about why she loves being a chef, she told the BBC: “If you can work in tough kitchens you become so disciplined and you can literally achieve anything in life and work anywhere after that.”

Nikita Pathakji is a junior sous chef at Kitchen W8.

She previously worked at Lanesborough Hotel, Claude Bosi at Bibendum, and Core By Clare Smyth.

Speaking about who inspires her, she told the BBC: “The chefs I most look up to are Phil Howard and Mark Kempson.

“I’ve followed Phil Howard’s career for a long time and I really respect his philosophy and how he believes kitchen environments should be.”

Chris Finnigan is a top chef[/caption]

Chris Finnigan is the Head chef at Leila Lilys.

He started his career at Raymond Blanc at Le Manoir and cites Gary Young as one of his industry role models.

Speaking about his favourite type of cuisine, Chris told the BBC: “I’d say I create fun food, I cook food I like to eat.

“My favourite type of cuisine is french/british, I’d say that’s my style, with a touch of Asian in there.”

Mathew used to live in Spain[/caption]

Mathew worked as a private chef on a superyacht when filming for MasterChef.

Originally from Chester, he now lives in Wrexham after spending some years in Spain.

He worked in Spain in restaurants for 14 years before he relocated back to UK.

Speaking about his love of cooking, Matthew said: “I’m passionate about cooking and working as a chef because of the environment. I absolutely love it and cannot get enough of cooking at a very high level and making my customers and guests happy.”

Gordon from Glasgow currently works and lives in Edinburgh.

He works as Chef Patron at the capital’s Taisteal restaurant.

Gordon said: “I wanted to step out my comfort zone and have a new challenge. I’ve always wanted take part in MasterChef : The Professionals and watch it pretty much every year, so now is the time.”

James works as a head chef[/caption]

James Checkley is the head chef at The Galley Restaurant in Topsham.

In a Facebook post about its head chef The Galley said: “We could not be prouder and more delighted… The young man is a talent. Why not taste for yourself and book a table?”

He said: “I love the freedom, creativity and the joy that food brings.”