ARSENAL boss Mikel Arteta has revealed he has held NO talks with the club about extending his contract at the Emirates. The Spaniard, 39, has ju


ARSENAL boss Mikel Arteta has revealed he has held NO talks with the club about extending his contract at the Emirates.

The Spaniard, 39, has just 18 months left on his deal which expires in 2023 after he succeeded Unai Emery in North London.

Arteta is approaching two years in charge of the Gunners where he has experienced the highs and lows of management.

The ex-Everton midfielder has guided the club to FA Cup and Community Shield glory, though he has finished both of his seasons in eighth place.

And he faced intense pressure earlier in the season after Arsenal lost their opening three Premier League games.

But Arsenal have regrouped well in recent months, with the club now fourth in the table following Wednesday’s 2-0 win against West Ham.

Speaking in his pre-match press conference ahead of Saturday’s trip to Leeds, Arteta was asked whether he has held discussions with the Gunners over his future.

To which he said: “No, we haven’t discussed anything like that.


Mason Greenwood and Arthur interest, Aubameyang to talk with Tuchel

“I think we have many other priorities at the moment that are far more important than that.

“I don’t know [if we will have talks in the summer], really I’m not thinking about that.

“I’m just trying to get the best out of the team, trying to cope with all the situations that we are facing at the moment. Things will happen naturally.”

Arteta also revealed that axed skipper Pierre-Emerick Aubameyang will not be in contention to face the Whites at Elland Road.

The Gabon international had the armband taken off him on Tuesday due to disciplinary issues after arriving back from an authorised trip to France a day late. 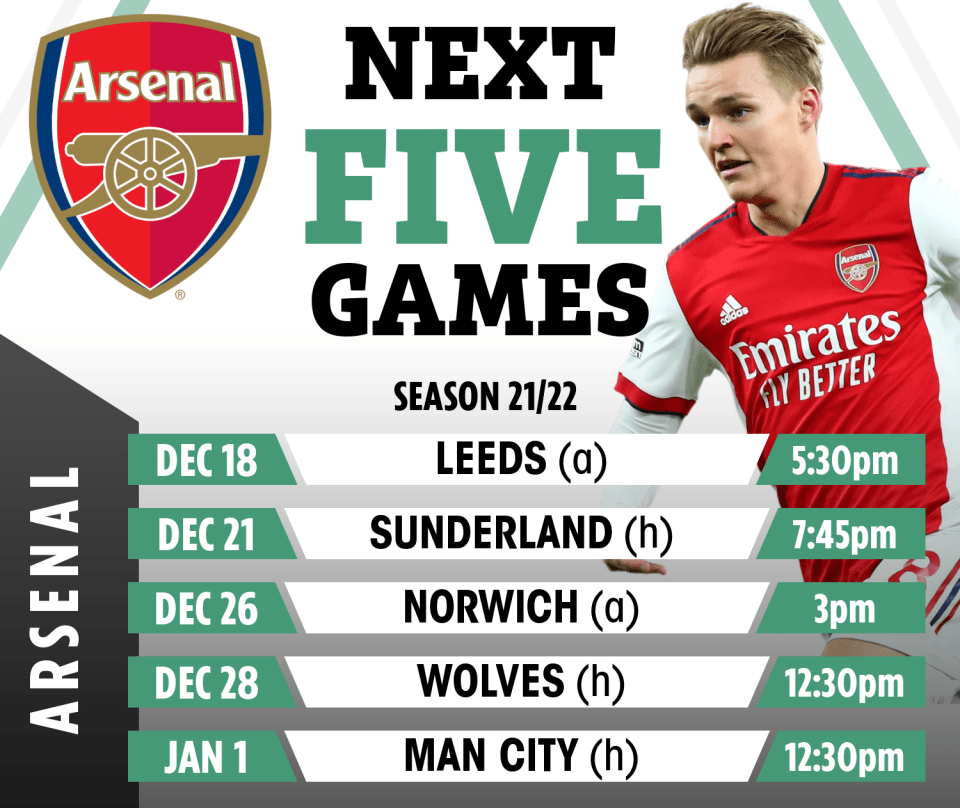 Aubameyang, 32, has been omitted from the last two matchday squads against Southampton and West Ham.

Discussing whether the ex-Borussia Dortmund ace could play against Leeds, Arteta said: “No, he is not available for this game.”

Asked if he had a future at the club, he simply stated: “He is not available for this game.”