Thursday’s episode of the news programme saw Naga and her co-host Charlie Stayt chat to sports correspondent John Watson via video-link about the 2022 Qatar World Cup.

Naga and her co-star Charlie spoke to sports presenter, John Watson via video chat about the 2022 Qatar World Cup[/caption]

John explained how the England team had nicknamed a local cat in the Middle Eastern country Dave.

But the sports presenter didn’t seem to happy with the name and said: “I wondered if they might have gone Jordan [after Jordan Pickford] because they call goalkeepers ‘cats’.

“Perhaps they missed a trick there, maybe?”

Naga looked doubtful as John hopped around onscreen, she asked: “Were you doing goalkeeping moves there, John?” 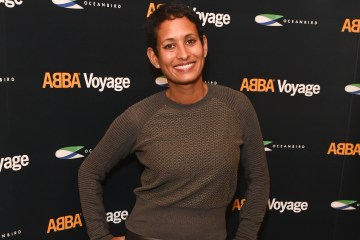 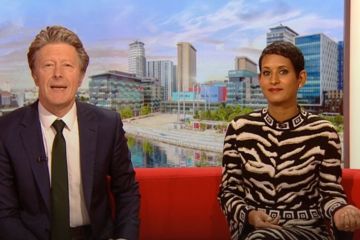 John responded: “Well yes. That’s sort of how a goalkeeper stands on the line while saving a penalty.

An unimpressed Naga replied: “Hmm,” and as John tried to converse with the news presenter about her own cats, she brutally cut him off and added: “Yeah.

“John, let’s speak later, shall we?

“We’ve got the image of you just bobbing around there. That’s kind of what we’re hanging with.”

The video call then cut off, as Naga and her co-star Charlie moved on to the next topic.

The BBC Breakfast presenters then went on to talk to Tory MP and Housing Minister Michael Gove.

When John asked the presenter about her cats, Naga Awkwardly told him “we’ll talk later, shall we?”[/caption]