HomeTv & ShowPrince Edward ‘to MISS OUT on becoming Duke of Edinburgh as part...
Tv & Show

PRINCE Edward will miss out on becoming Duke of Edinburgh, a source has suggested.

His Majesty will instead keep the title himself without using it in order to achieve a slimmed down monarchy, a courtier revealed.

The King has gone back on a promise made to his brother in order to slim down the monarchy, sources say[/caption]

The late Queen and Prince Philip had promised that Prince Edward would get the title after his father’s death when he married Sophie Wessex in 1999.

A source told the Daily Mail: “The King wants to slim down the monarchy, as is well known.

“That means it wouldn’t make sense to make the Earl the Duke of Edinburgh.

“It’s a hereditary title which would then be passed on to the Earl and Countess of Wessex’s son, James, Viscount Severn.

READ MORE ON THE KING 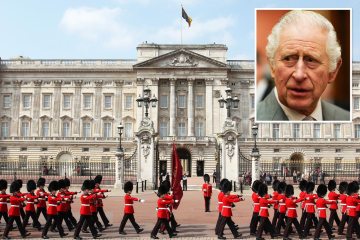 MORE BANG FOR YOUR BUCK 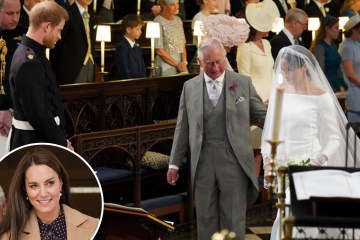 “Essentially, this was accepted by the Earl when he agreed that his children would not be a prince or princess.”

A Buckingham Palace statement after Prince Edward’s wedding 23 years ago said: “The Queen, the Duke of Edinburgh and the Prince of Wales have also agreed that the Prince Edward should be given the Dukedom of Edinburgh in due course when the present title held now by Prince Philip eventually reverts to the Crown.”

It comes after the King asked Parliament to expand his Counsellors of State to include Prince Edward and Princess Anne.

His siblings will be able to stand in for him when he is overseas or unwell.

The move was largely to avoid Princes Harry or Andrew being called upon.

The Dukes of Sussex and York are set to never represent the King again after the move.

Writing to the House of Lords, King Charles said he would be “most content” if the number of Counsellors of State “be increased to include my brother and sister, the Princess Royal and Earl of Wessex.”

The statement read: “To ensure continued efficiency of public business when I’m unavailable, such as while I’m undertaking official duties overseas, I confirm that I would be most content should Parliament see fit for the number of people who may be called upon to act as counsellors of State under the terms of the Regency acts 1937 to 1963 to be increased to include my sister and brother, the Princess Royal, and the Earl of Wessex and Forfar.

“Both of whom have previously undertaken this role.” 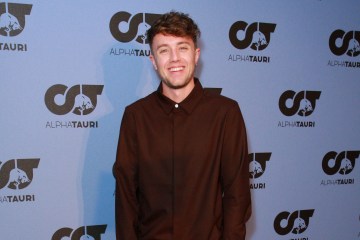 It was previously reported that Charles was considering changing the law so counsellors of the state are only working members of the Royal Family.

Both Harry and Andrew remain Counsellors of State under British law, although the pair are no longer working royals.