STRICTLY’S Neil Jones has thrown shade at the ‘Love Island boys’ as he wished his girlfriend Chyna Mills a happy 24th birthday.

The pair confirmed their relationship during a romantic trip to Paris back in August.

Neil, 40, and Chyna – who shot to fame on this year’s Love Island -were linked weeks before after they were spotted holding hands heading home after a boozy party.

Since then the couple have loved sharing cute couple pictures online.

Today dancer Neil took to Instagram to wish his girl a happy birthday – and took a swipe at all the boys who took part in the dating show alongside Chyna.

Sharing a snap of himself giving Chyna a kiss on the cheek in a mirror selfie, Neil said: “Happy Birthday @chymills_ for the short time I’ve known you I have loved every moment, those LI boys losses are definitely my gain and I can’t wait for the world to see what you can do. 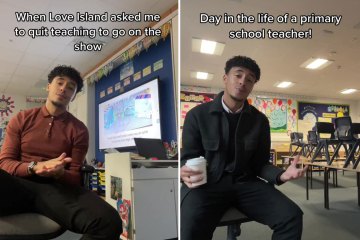 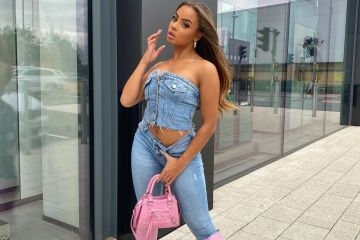 Chyna was one of the Casa Amor bombshells who joined the show to spice things up between the Islanders.

The youth support worker caught the eye of Scotsman Jay Younger, 29, and he decided to take her back to the main villa.

However things soon fizzled out between the pair.

They were dumped from the Island a few days later.

Neil is best known for being one of the professional dancers on Strictly Come Dancing.

The dancer is no stranger to having relationships in the public eye.

A year after his split he found love with Colombian dancer Luisa Eusse, 25.

Chyna shot to fame on this year’s Love Island[/caption]