HomeTv & ShowSwitzerland vs Cameroon – World Cup Group G: How they got there,...
Tv & Show

Switzerland vs Cameroon – World Cup Group G: How they got there, current form and prediction ahead of crunch meeting

WITH Brazil also in the group, both Switzerland and Cameroon will know three points in this game could be crucial.

Five-time winners Brazil are favourites to go through top, but second place is well and truly up for grabs. 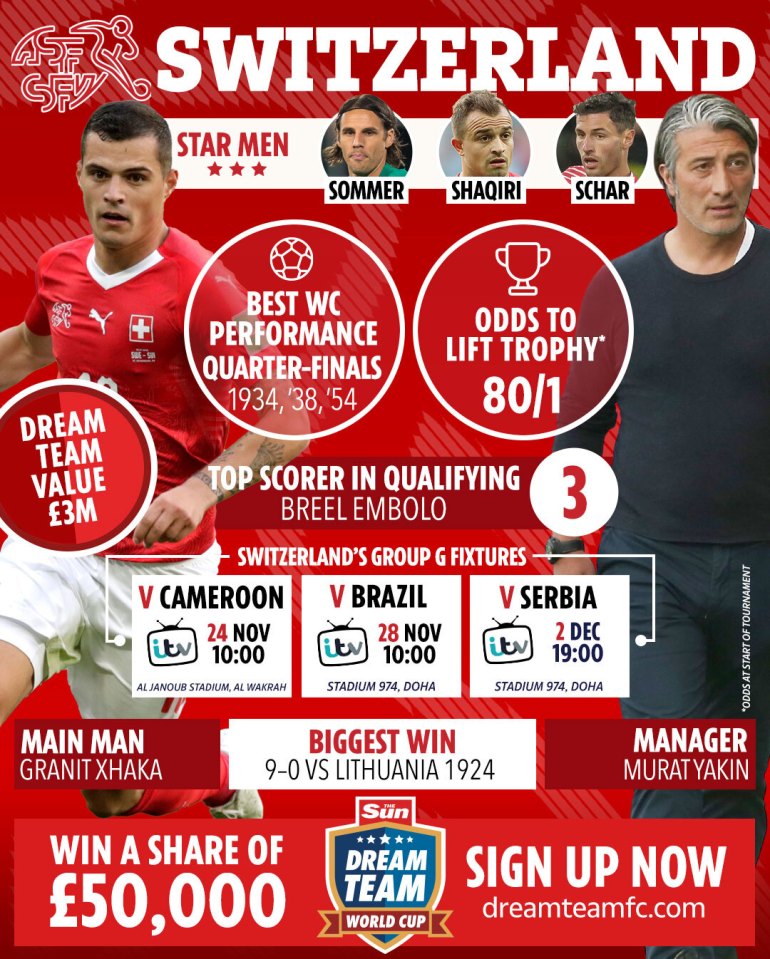 And a clash between Switzerland and Africa Cup of Nations semi-finalists Cameroon promises to be a fascinating match-up.

The Swiss are some people’s dark horses after their impressive run to the quarter-finals of Euro 2020, which could have gone further had they not agonisingly lost on penalties to Spain.

But the same can be said about Cameroon, who also suffered penalty heartbreak earlier this year at Afcon. 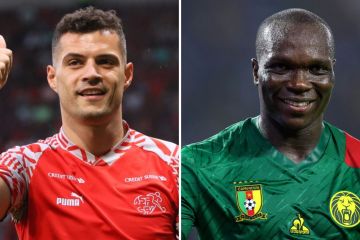 How did they get there?

Switzerland: The Swiss were shock winners of their qualifying group ahead of four-time World Cup champions Italy.

They qualified without losing any of their eight games.

Switzerland won five and drew three of their qualifiers to book an automatic ticket to Qatar.

Cameroon: Their route to the tournament was a more nervy one.

Cameroon booked their ticket to the World Cup by beating Algeria over two legs on away goals in the third round of African qualifiers. 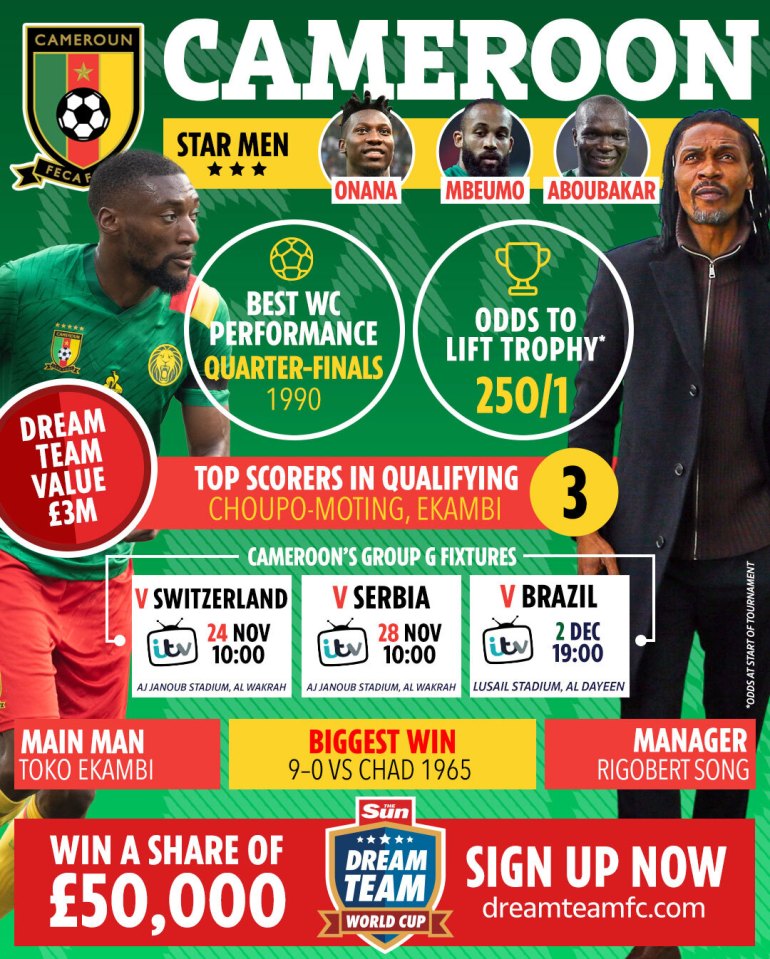 A dramatic extra-time winner by Karl Toko Ekambi in the fourth minute of added time saw them edge through.

Switzerland: The Swiss warmed up for the tournament with a 2-0 friendly defeat to Ghana last week.

But Switzerland’s three games before that were Nations League wins over Czech Republic, Portugal and Spain.

Have the capability to beat anyone on their day.

Cameroon: Come into the tournament on the back off a poor run of form, but have the capability to turn things around.

They have drawn 1-1 with both Panama and Jamaica this month, and are winless in four games overall.

Last tasted victory with a 1-0 win over Burundi back in June.

Who are the managers?

Switzerland: Murat Yakin took over in the summer of 2021 after the Euros and successfully guided the Swiss to the finals after they missed out in 2018.

Has experience managing club teams in Switzerland, as well as Russian side Spartak Moscow.

Capped 49 times by Switzerland as a player.

Murat Yakin took over as Switzerland boss after Euro 2020[/caption]

Took over as boss earlier this year after Toni Conceicao quit following the Afcon semi-finals defeat.

Song, 46, is the highest-capped player in Cameroon history, playing for his country 137 times and at four World Cups.

Who are the star players?

Switzerland: GRANIT XHAKA has been in superb form for Arsenal this season and will be desperate to continue that at the World Cup.

The 30-year-old has scored four goals and provided three goals for the Gunners already this season.

Xhaka skippers the Swiss, and will be looking to lead by example in Qatar.

Cameroon: VINCENT ABOUBAKAR is the captain and talisman.

The 30-year-old has scored 33 goals in 91 games for his country and helped Cameroon to Afcon glory in 2017.

Aboubakar was part of the Cameroon squad at both the 2010 and 2014 World Cups.

Vincent Aboubakar is set to skipper the Indomitable Lions[/caption]

What’s the head to head?

This is the first ever competitive meeting between the two nations.

Which TV channel will show the game?

Switzerland vs Cameroon will be shown LIVE on ITV in the UK.

The game will also be live streamed on ITVX.

What are the odds?

Switzerland, who are ranked No15 in the world, should have that little bit more than Cameroon in this one.

The Swiss are on a good run of recent form, barring one blip, and will be favourites to come out on top.