TACO Bell has apparently added a new meat option to its menu but some fans are disappointed by its limited availability. Fans of the chain rest


TACO Bell has apparently added a new meat option to its menu but some fans are disappointed by its limited availability.

Fans of the chain restaurant have taken to social media in recent weeks to celebrate the reported return of Kalua Pork menu items.

Kalua Pork has been seen on the menu in limited offerings since 2008.

Fans indicate that it is back on Taco Bell’s menu but it’s only available to customers in Hawaii.

The pork, a shredded smoked meat, is a main dish in many traditional Hawaiian meals, Pop Culture reports. 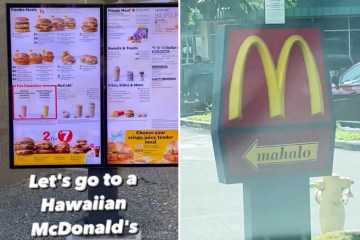 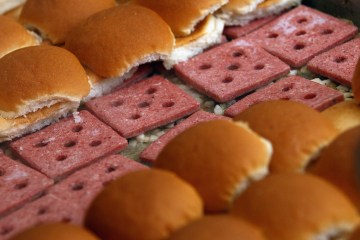 Reddit users in Hawaii have confirmed the reappearance of the meat option by posting photos of the Taco Bell menu.

One user joked about planning a trip to Hawaii after hearing positive reviews about the pork.

“My boss just got back from Hawaii and she said this was the best thing she’s ever had at taco bell .. planning my trip to Hawaii now!”

Other fans called for the restaurant chain to release the meat option nationwide.

“I would freakin love to see this nationwide,” one commenter said.

The Sun contacted Taco Bell on Friday for more information about the availability of Kalua Pork.

This isn’t the first time Taco Bell has added meat options to its menu.

In previous years, Taco Bell introduced carnitas, another version of shredded pork, to the menu at Taco Bell Cantina locations.

In 2021, the restaurant chain debuted meat alternatives at one location in California.

Like the original tacos, the meatless option came with sour cream, cheese, shredded lettuce, and tomatoes.