UK daily Covid cases up slightly to 84,429 after hitting lowest point for a month

THE UK’s daily Covid cases have gone up slightly today to 84,429 – after hitting the lowest point in a month yesterday. But tragic f


THE UK’s daily Covid cases have gone up slightly today to 84,429 – after hitting the lowest point in a month yesterday.

But tragic fatalities from the past 24 hours are slightly lower than yesterday in a promising sign, at 85.

Cases have gone up slightly today, but this includes data that was missing over the weekend[/caption]

Today’s figures include data missing from Scotland over the weekend, which is why it will have jumped up a bit compared to Sunday.

Yesterday 70,924 new infections were reported in 24 hours, with 88 deaths logged.

This was the lowest figure for a month, after Omicron began to spread throughout the country.

The last time infections dropped below 70,000 was on December 14 when 59,610 positive tests were recorded.

It comes as working from home and vaccine passports are set to be dropped next Wednesday with Boris Johnson expected to ditch Plan B.

Brits will be able to go back to the office and attend mass events like the footie without showing their vaccination status or a negative test.

But the requirement to wear face coverings in many public places like trains, buses, and shops is set to remain until Omicron cases dip further.

Two senior Cabinet ministers have dropped the strongest hints yet that the PM is preparing to end the Plan B restrictions next week.

Today the Education Secretary Nadhim Zahawi said “the numbers are looking positive” in the UK’s fight against Covid.

A string of hugely positive studies show Omicron is milder than other strains in the vaccinated, with the first official UK report revealing the risk of hospitalisation is 50 to 70 per cent lower than with Delta.

Covid booster jabs protect against Omicron and offer the best chance to get through the pandemic, health officials have repeatedly said.

The Sun’s Jabs Army campaign is helping get the vital extra vaccines in Brits’ arms to ward off the need for any new restrictions. 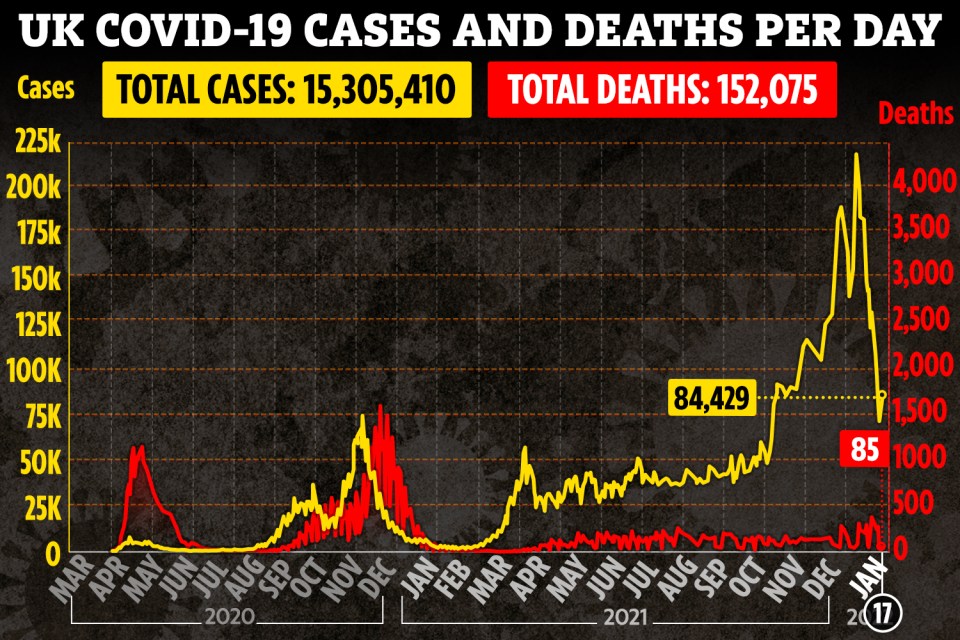 Major Covid rule changes came in today for Brits in a major boost for struggling businesses.

People in England who test positive for the virus can now leave isolation after five full days after daily cases more than halved in a fortnight.

The rule change was confirmed by the Health Secretary last week – after experts had called for isolation to be slashed while the NHS struggles with mass staff absences.

Fresh research suggested slashing isolation to five days would only result in an extra two in 100 people leaving quarantine while still infectious.

It found eight per cent would still be infectious on day five, compared to 6.2 per cent on day seven – which led ministers to change their minds.

Loading...
Newer Post
Boris warned of by-election hell as Labour set to cash in on unpopular PM
Older Post
Rare £2 coin sells for £100 on eBay – but both sides of the design are identical