Who is Mustapha Ghorbal? Algerian referee at the 2022 World Cup

QATAR is upon us and Mustapha Ghorbal has been announced as one of the officials who will feature at the tournament.

Ghorbal is one of four African referees called up to Qatar.

Algeria failed to qualify for the World Cup[/caption]

Here is all you need to know about him.

Mustapha Ghorbal was born in Oran in 1985.

He has been a full international referee since 2014. 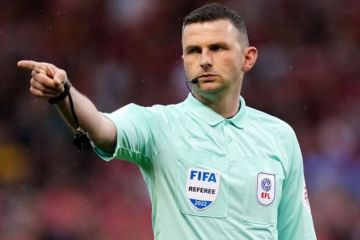 Who are the confirmed referees for the World Cup 2022?

The 37-year-old made his debut in the Algerian first division in 2011 and has gone on to referee some huge tournaments.

He was selected twice to officiate the FIFA Club World Cup, the Under-20 World Cup and the Arab Cup.

Ghorbal has also refereed at the Africa Cup of Nations in back-to-back tournaments.

In 2020 he was given the whistle for the CAF Champions League final in Egypt.

More recently, the Algerian took charge of a World Cup qualifier which saw Senegal book their place in Qatar, forcing Egypt to miss out.

Everything you need to know about the World Cup

World Cup schedule: What are the kick-off times for ALL matches?

World Cup prize money – how much does the winner earn?

Who are the ITV pundits and commentators?

Who are the BBC pundits and commentators?

Meet England’s World Cup wags, who are staying on a £1bn cruise ship