KSI IS fast becoming more known for his boxing matches, than his YouTube videos.

FaZe Temperrr is a social media sensation and boxer[/caption]

Who is FaZe Temperrr?

His family later moved to New York, and this is where he grew up and continues to live.

FaZe is a YouTuber, Influencer, and co-owner of FaZe Clan.

When is FaZe Temperrr fighting KSI?

KSI returns to the ring on TOMORROW night (January 14, 2023) when he faces YouTube sensation FaZe Temperrr.

The pair are headlining the show at Wembley Arena that includes Elle Brooke vs Faith Ordway and Salt Papi vs Josh Brueckner.

Originally, KSI was supposed to face Dillon Danis, but the latter pulled out 10 days before fight night.

The pair shared a pretty heated build-up for their fight, but fans have will now be watching a different clash.

How many fights has FaZe Temperrr had?

FaZe has had three boxing matches, while KSI has had five.

He will be hoping to cause an upset against his undefeated opponent.

FaZe is still riding high from his last fight on Misfits Boxing 003 back in November 2022, when he beat Slim Albaher in 30 seconds.

What has FaZe Temperrr said about KSI?

Speaking to Seconds Out, he said: “I got the call, I got super excited, and it was too good an opportunity to pass up.

He went on: “But don’t underestimate me! I’m looking forward to Saturday!”

After the announcement was made about Danis pulling out of the fight and FaZe taking his place, KSI commented on the situation to fans.

“I mentioned at the press conference that Dillon was being haunted by me,” he said.

“He made his excuses and knew he couldn’t handle what I bring to a boxing ring.

“This answers the question whether he’s a fighter or not. He’s a warrior alright, a keyboard warrior, and hopefully he’s learnt to leave the real men to speak with their actions rather than hollow words.

“That being said, my focus won’t be distracted from the task at hand and that’s FaZe Temper.

“We’ve come head-to-head plenty of times with the Sidemen and FaZe Clan competing against each other, and it looks like we have another challenge on our hands. Credit to Temper for stepping up like a REAL fighter.” 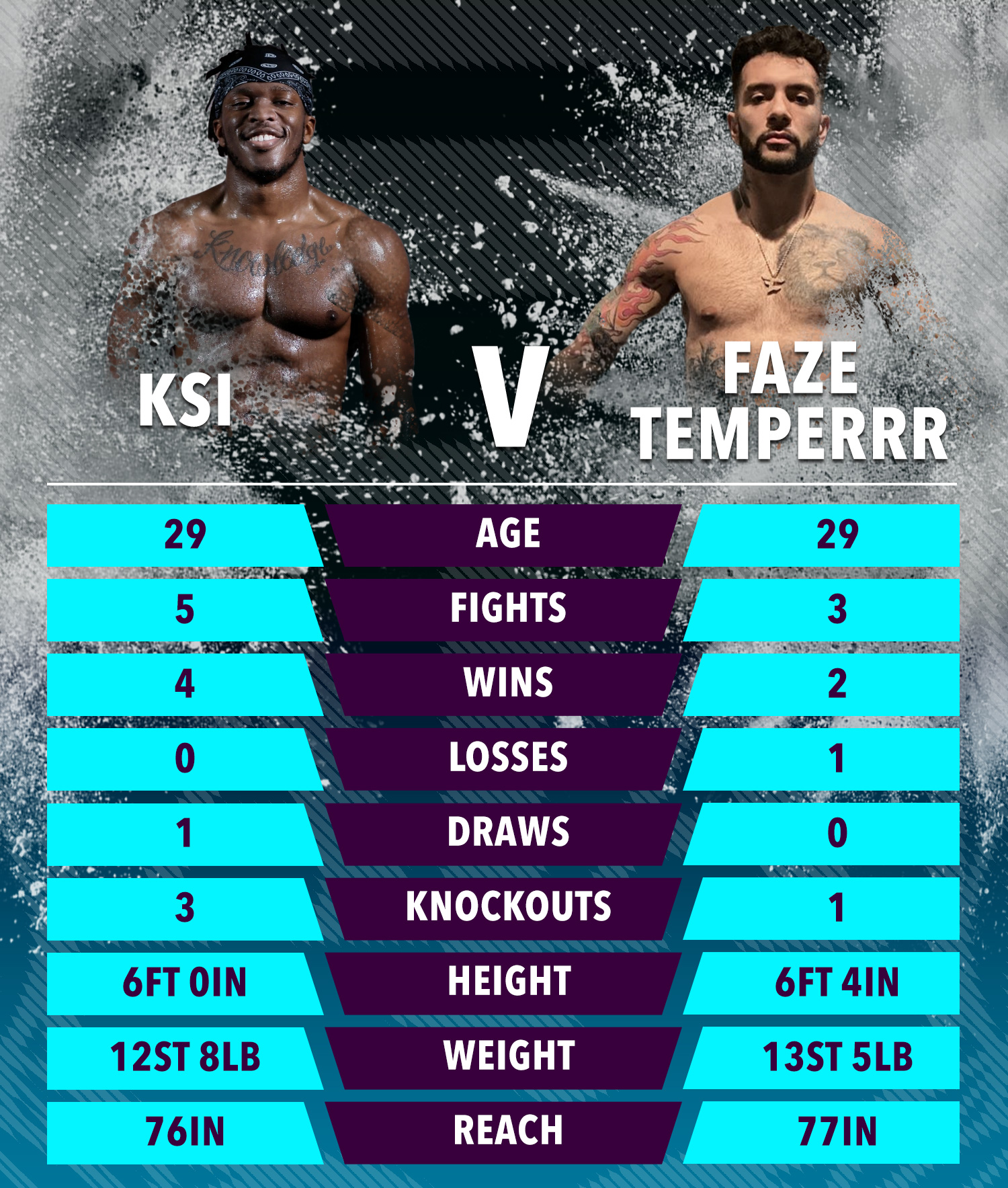