SCHOOLGIRL Lily Hope’s drawing is to become a piece of royal memorabilia after she won our great Jubilee Tea Towel competition to celebrate 70 years of the Queen’s reign.

Talented Lily, 11, drew her picture of Her Majesty with one of her beloved corgi dogs after her uncle saw our contest in The Sun on Sunday.

The drawing was picked by our panel of judges to be printed on 500 limited-edition collectable tea towels by London company Bags Of Ethics in its award-winning factory Supreme Creations.

Lily, from Uldale, Cumbria, cannot wait to get hold of one in time for a Jubilee street party she will enjoy alongside her mum Kelly, 35, an NHS home-care practitioner, dad Ashley, 37, a farmer, sister Holly, eight, and three-year-old brother Joey.

Lily says: “My great uncle Brian knows I love the royals and I love drawing.

“So when he saw the competition, he told me all about it.

READ MORE ON THE QUEEN 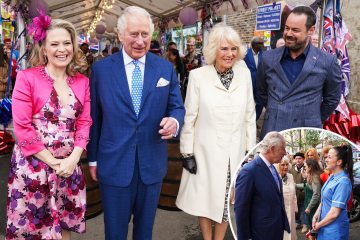 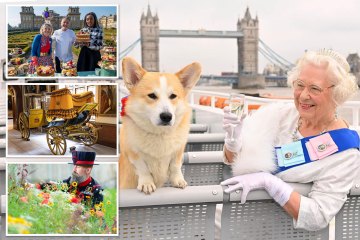 “The Queen is amazing – a strong leader who has always put others first and dedicated her life to her country.

“I loved doing the drawing and I couldn’t believe it when I heard that I’d won. It was such a shock.”

Lily is keen to show off her creation at the street event but mum Kelly  adds: “She’s got no excuses for not doing the washing-up after the party!”